Case Study: How I Rehabbed My Own Knees 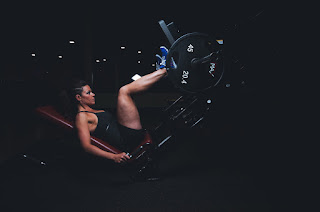 In today’s article I take you through a case study. Because of rules set by our regulatory body, The College of Physiotherapists of Ontario, I cannot give specific confidential details of any patients I have formally treated. However, I can and will share my own story of how I rehabilitated my own knees.

Before we get started – from January 10th to the 13th I will be taking part in Travis Mash’s “Feats Of Strength” online meet (link here to register) to help raise money for his weightlifting team and to get back into the mindset of competing after a year long hiatus. Check out the link to compete or at least make a donation to Coach Travis Mash’s non-profit weightlifting team.

I developed patellofemoral pain a few years back during my days as a runner which carried over into the beginning of my powerlifting career. Unfortunately, this was compounded by getting some bad advice from other professionals (which I’ll elaborate on). In this piece I share my story of how I, as a powerlifter and physical therapist, returned to painfree squatting and running.

Disclaimer: I’m a N=1. Pain can be influenced by numerous factors so as such this is strictly anecdotal. Also this is not intended to be specific medical advice for anyone else.

My rehab plan came down to the following components which form my philosophy.

4) Eventually build up tolerance to the desired activity

Going through these step by step

The McGill and McKenzie influenced therapist in me looks at what movements, postures, and loads exacerbate symptoms … and what are tolerated. For me running and deep squatting past a certain weight were what caused problems. As such I removed the running (which partly came due to my injury and partly due to me beginning powerlifting) and set all squatting weights below a weight & depth threshold that caused pain

In certain rehab situations, which I’ll write about in another article, sometimes painful exercises are supported in the literature. That said, I’m not a fan of pain during high skill strength, speed and power activities (in most situations) due to the negative effects of pain on motor control. Also, while some research supports painful exercises in PFPS I’ve found it not to work to my liking for me or my patients.

Which brings me to

When I work with physically active clients I do my best to find painfree exercises that they can do in their own exercise routines to help with maintaining (and if possible improving) mobility & fitness and to help with not making the rehab process seem boring.

For me – I could tolerate hip dominant exercises such as good mornings, swings, deadlift variations, GHRs and leg curls. Low impact conditioning options such as the rower, sled pushes/pulls and the recumbent bike were the main tools I used to help with cardiovascular fitness and GPP. I also regularly performed the McGill Big 3 and weighted carries. 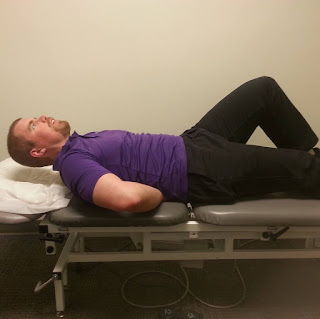 Quad/knee dominant training was more difficult as most every exercise that involved a lot of deep knee flexion initially bothered my knees. The way I beat this was through three steps.

First was through doing 20-rep sets of leg presses (with a neutral spine), leg extensions, and walking lunges. I got this idea after watching one of Stan Efferding’s videos & reading his Vertical Diet package. The leg presses & lunges were initially done with a more vertical shin angle and then were progressed to deeper levels of knee flexion as my tolerance improved. My best explanations for how these worked can be attributed to a combination of
-          Simply lighter weight & load being used
-          The novelty of the stimulus: if you’re used to doing sets of 1-5 in your training like a powerlifter doing sets of 20 rep leg presses with a 90-120 second rest between sets definitely provides a new stimulus. As a side note it can provide a good training stimulus if you’re just looking for something different.
-          Increased blood flow & post-exercise analgesia from the higher reps & volume used
-          And the other components of any treatment that can affect recovery such as patient expectations, natural recovery etc etc

Second was through very high volume warmups. I got this idea from Matt Wenning and other proponents of conjugate training but had gotten away from it recently. In my high volume warmups for leg days I would do
-          Recumbent bike for 5 minutes
-          The McGill Big 3
-          2 (and later 3) sets of 20 of leg curls and leg presses using a weight that was just heavy enough to give me a “pump” at the end of the sets

While this style of warmup added a good 8-10 minutes to my training session, and took a few weeks of adjustment from a recovery perspective, the results were well worth it. I got my heart rate up & got a good leg pump, snuck in some extra volume to help with hypertrophy & work capacity, and my knees were a lot less stiff when I began to warm up for squats with the empty bar.

Third was through building up squat tolerance (more on that below).

At the time I initially developed patellofemoral pain we didn’t have the same understanding of pain science that we do now. As such I believed that all pain was due to tissue damage and I felt like “oh I have cartilage damage I’m just going to wear my knees out.” As such I initially, permanently avoided everything that hurted. While my knees became painfree with 99% of tasks the fitness wasn’t where I wanted it to be & I still couldn’t tolerate deep squatting. Once I realized the adaptive capability of my body and used a graded exposure approach to build my squat tolerance … while training what I could do to build my fitness … things took off.

In terms of psychosocial factors I had some stress and depression as I battled to get to and through physiotherapy school & the board exams. I have elaborated on these in a separate article but that’s as open as I want to be about this topic for the time being.

In terms of general health – due to the above factors (and getting sick) I ended up gaining a bunch of excess body weight. Reducing body weight through initially a IIFYM diet and later through Stan’s Vertical Diet helped a lot with sleep, knee health, and overall well being.

4) Building up tolerance to the desired activity

While I was grateful for the positive effect of all these painfree exercises – I realized that at some point I need to build myself back into squatting if I wanted to do full powerlifting meets again. I was nervous and realized that I protected myself a lot when descending in the squat as I was anticipating the pain + guarding. My squat descent was initially so slow it looked like I was in a multi-ply squat suit and had the tightest pair of briefs & knee wraps imaginable on. 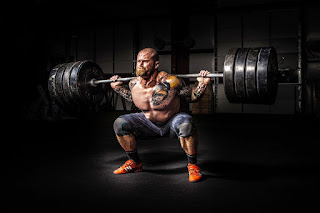 Towards that end I realized that I, psychologically, needed to get out of my own head and get back to my usual “dive bomb” style of squatting – which I did initially beginning with body weight squats. Once I hit this stage – getting psychologically confident with squatting plus doing the 20 rep sets of quad dominant exercises got my knees painfree.

Then I realized it was time to add load. I squatted twice a week – once with knee sleeves & a belt and the other without equipment after deadlifting. I stuck to Prilepin’s Chart to get in volume while emphasizing proper technique. Over time I got to the stage where I could work up to a 3RM squat without pain.

As of now my strength is still not where I want it to be but it is building up fast.

Again, I’m just a N=1 but I hope this helps provide some insight into what I did to rehab my knees. If you have any questions DM me or message me at ericccbowman90@gmail.com. And as always – thanks for reading. 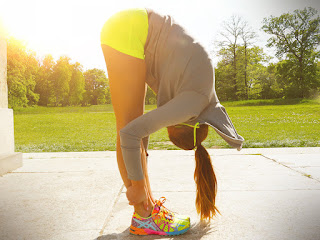